The other day my best friend wrote me about how her flight back from France reminded her of me as she watched Woody Allen’s Blue Jasmine on the screen. Not only did this bring back the terrible memory of my flight back from Italy (complete with kindle/phone death and seat entertainment system strike in which I spent 10 hours fully awake with no access to cinema) but it upset me that said film could be viewed as indicative of the San Francisco I live in.

NOTE: Whoever told me it’d be a great idea to read Ralph Waldo Emerson on this international trip be damned! Self Reliance was a torture to read on Alitalia and thusly I spent the majority of the trip walking up and down the aisle aimlessly contemplating destruction of Jessica Biel’s career. A dream so many of us share, I know.

Either way, it got me thinking of great places within the city that filmmakers could be filming INSTEAD of Van Ness and 14th St (or any other place that basically stands in for Queens) and the Hitchcock/Bogdanovich landmarks. Firstly, no one had a laptop bag on them the entire time. Did you see any bicyclists disrupting traffic anywhere? Did you see any indication Lulu Lemon and/or SF Giants emblem? A Google bus? A Heath Ceramic? The Haight? The Castro? No, you did not. Blue Jasmine was set in NYC. Like night being shot for day, Blue Jasmine was San Francisco, shot for New York.

Hence this first installment of what I’ll call Location Scout!

This lovely and quiet neighborhood is perfect for a scene featuring a small family setting with its clean roads and classically San Franciscan home styles. The yuppy and homegrown vibes weave together seamlessly in this special enclave of freeway/BART accessibility. 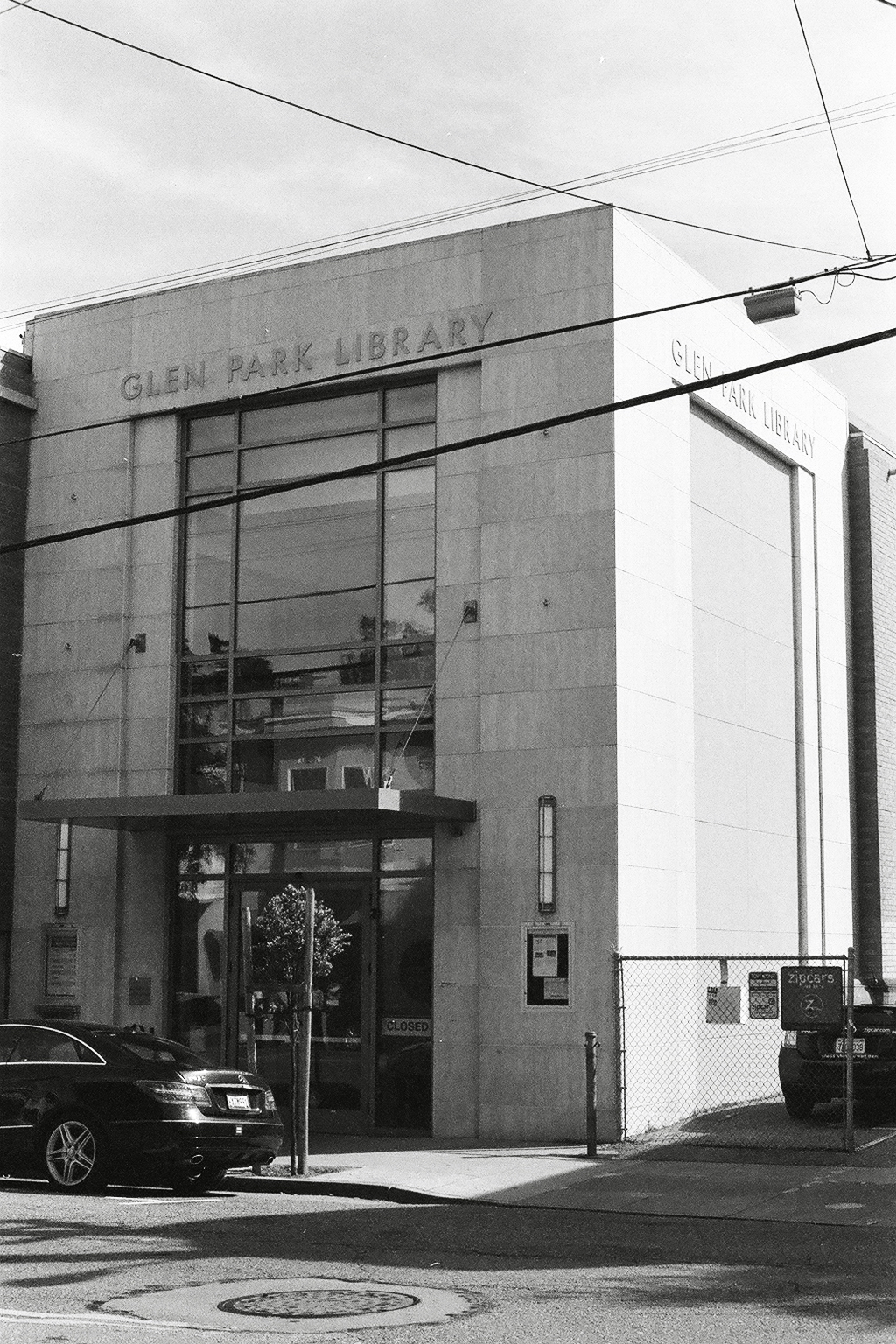 Glen Park is home to the elegant yet accessible Canyon St Market and the Glen Park Library (where an alleged “internet gangster” was recently arrested in 2013). Are your characters en route to the clubs of the Mission and not realistically able to afford living there? Voila! You have a beautiful walk down Chenery to support your case. 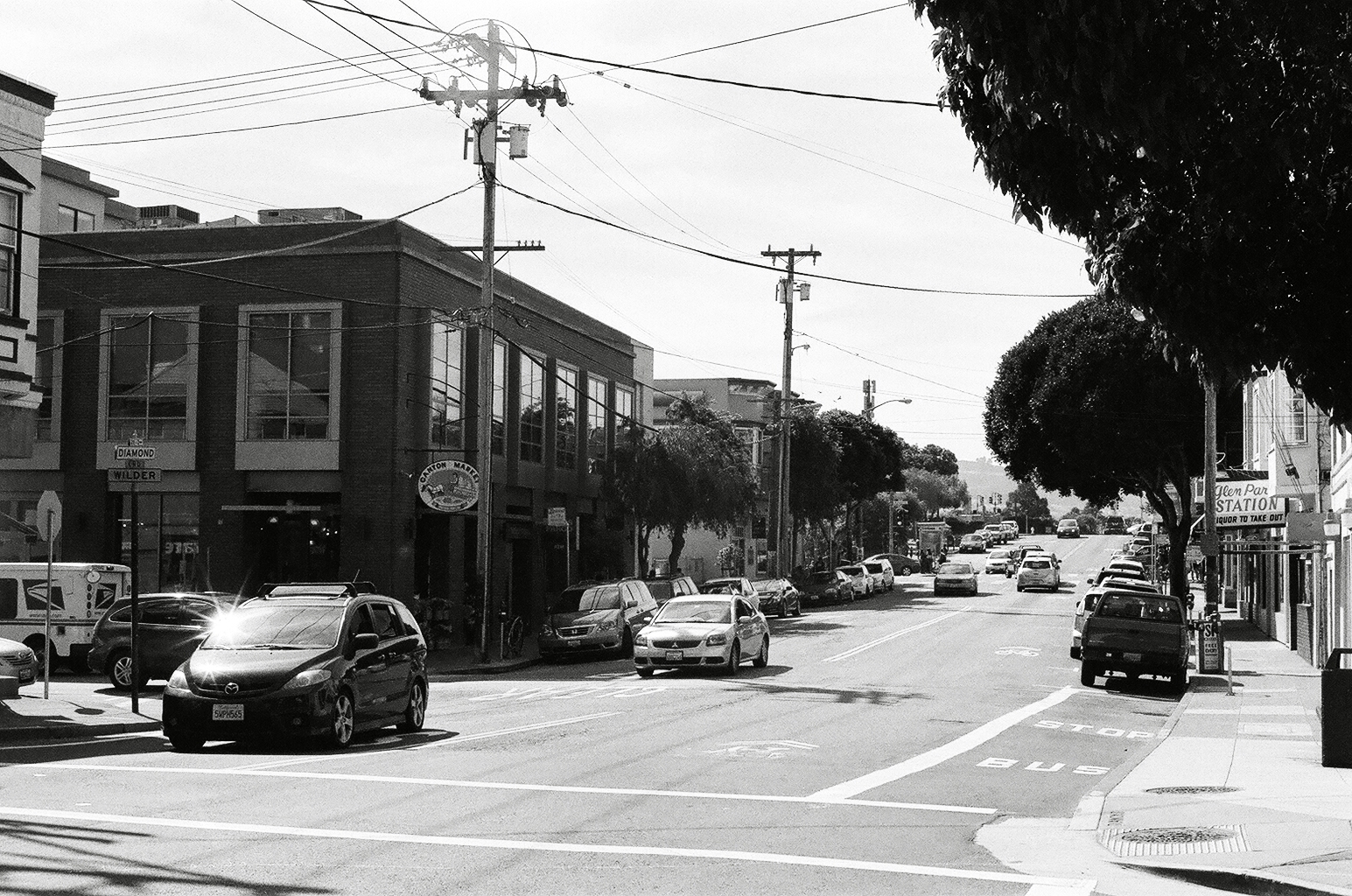 It’s homey. It’s accessible. It’s got a farmer’s market! However, it is ripe territory for a David Lynch, nothing is quite as it seems, moment. Up to you! 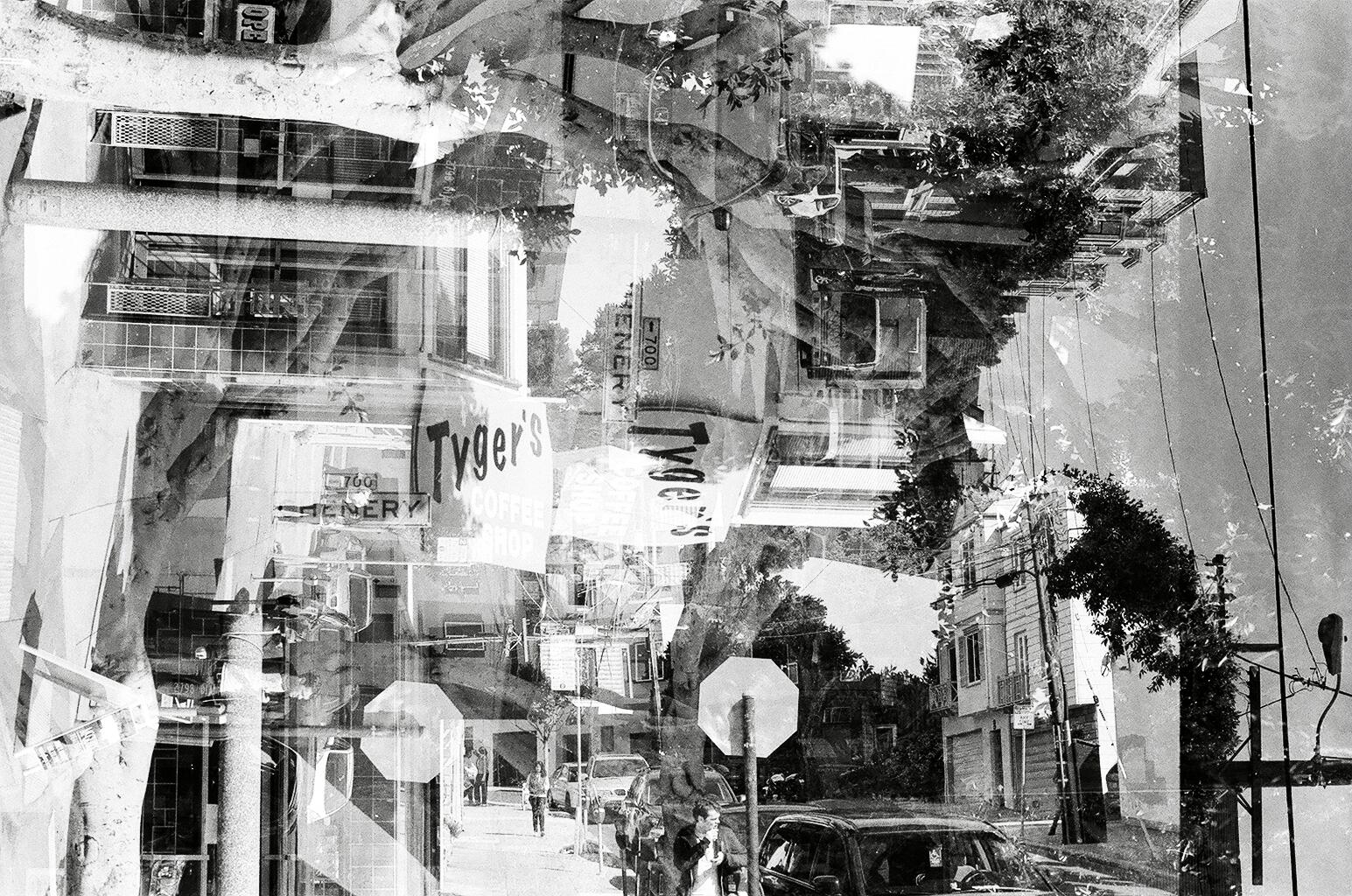 This setting is ideal for The 400 Blows effect. Stare off into the deep at this stunning vista full with Louis’ cliff-side diner, ruins of a bygone 19th Century, and trees for days! 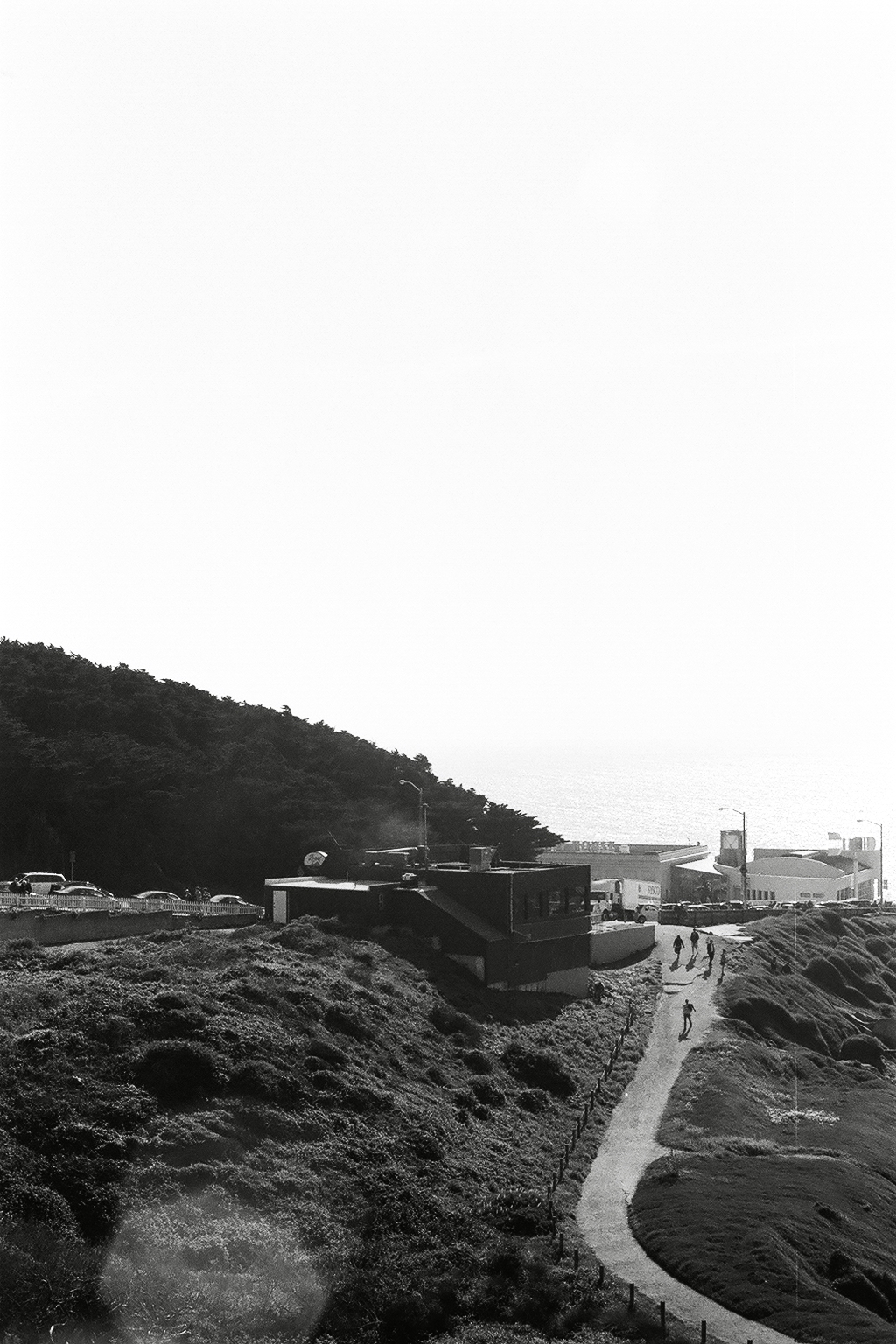 Whether your characters are legging clad women on a gossip jolt or seeking haven from the madness of the financial district, this is a great place to film! 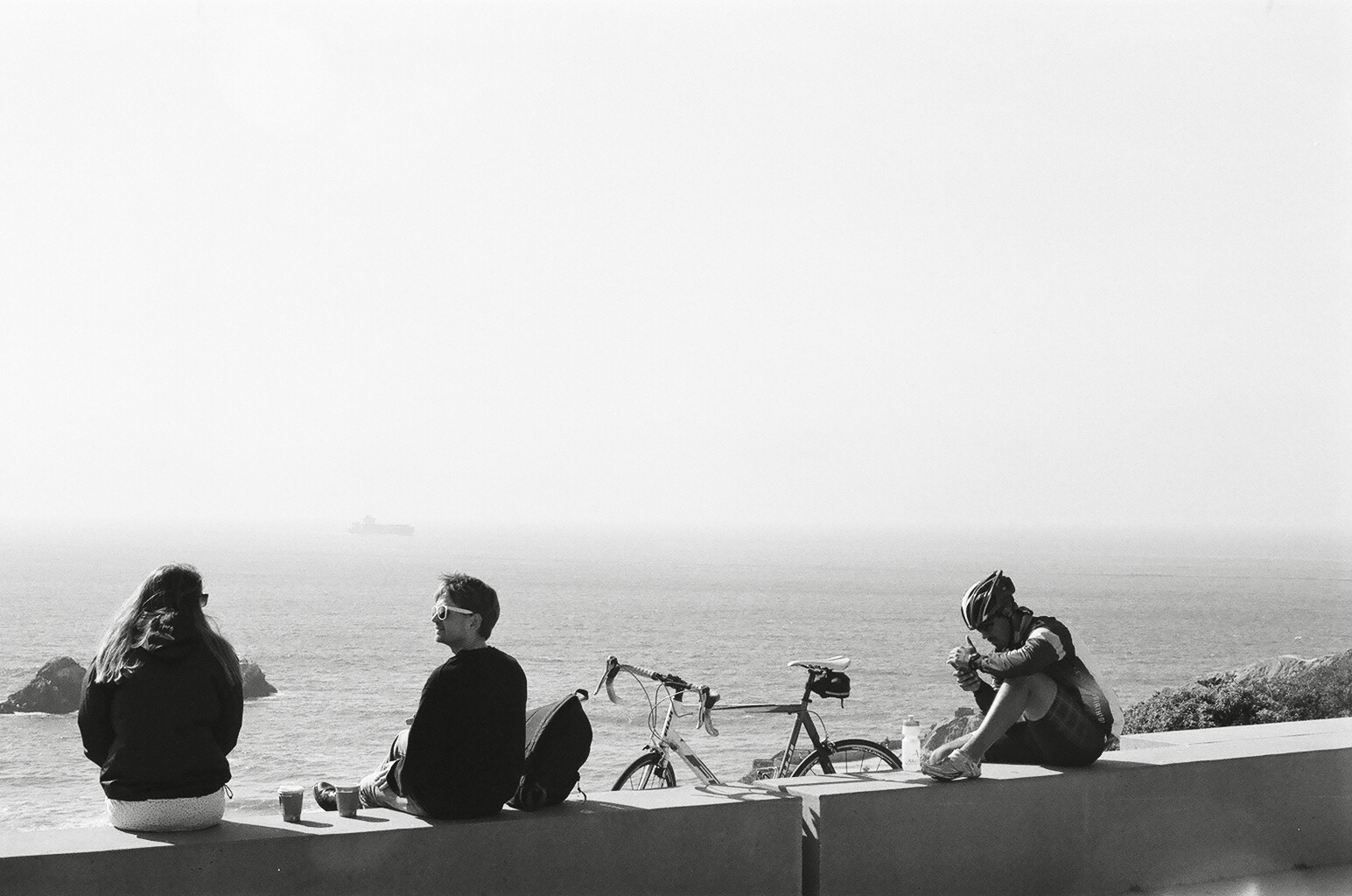 Follow Land’s End’s trails as they wrap around the city leading to “upcycled” soldier’s barracks and the Golden Gate Bridge. It’s a foggy mess most of the time but when the sun reaches this spot it’s a marvel and a comfort. 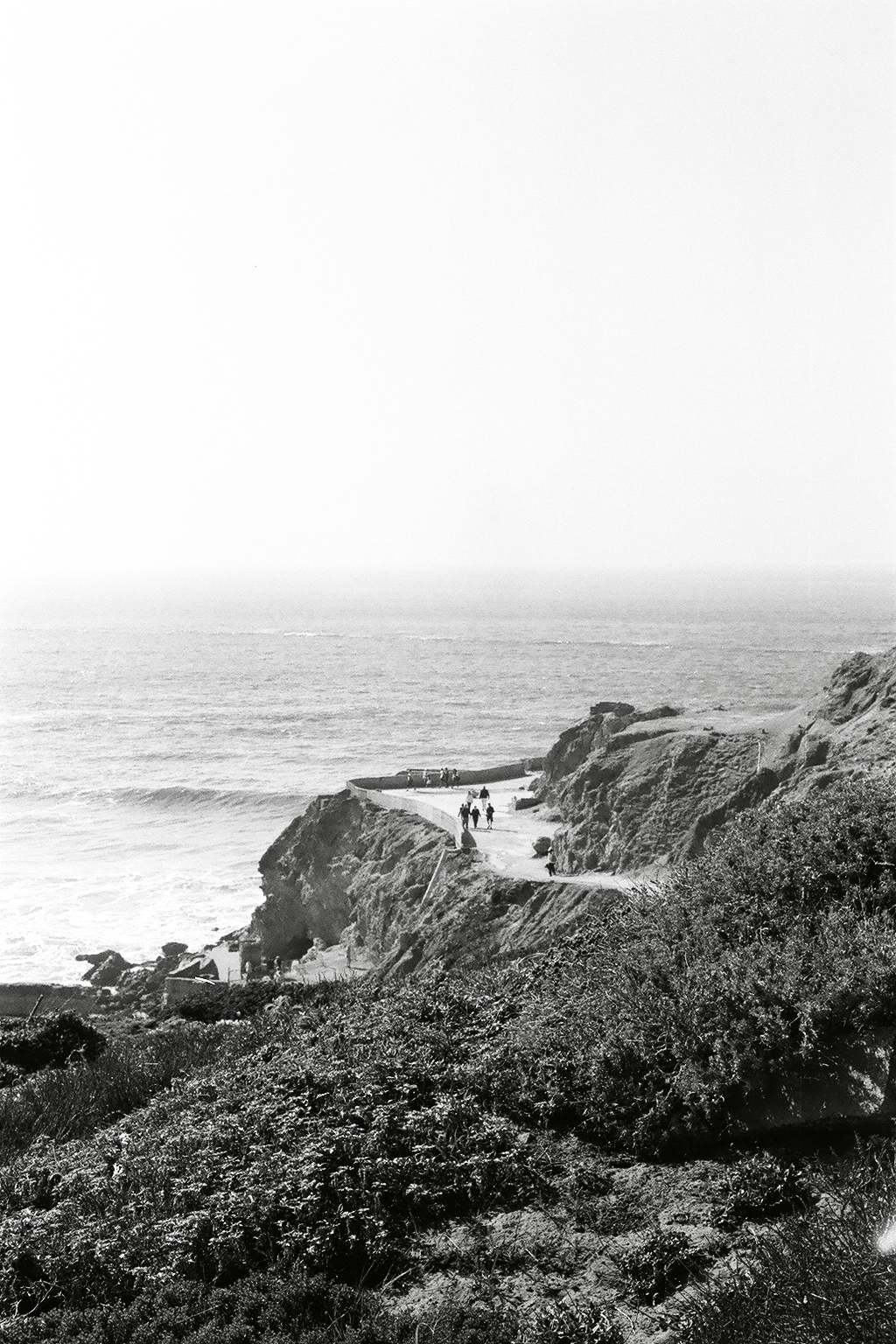 Woody Allen may have failed us but you don’t have to!

On the next installment of Location Scout: Potrero Hill, home of the view and car commercials. Stay tuned.